The Welte Light-Tone was one of the last instruments designed by Edwin Welte (1876-1958) of the famous Welte-Mignon mechanical instrument manufacturers. Welte had become fascinated with the possibility of using optical disks since 1925 and produced a number of prototypes using clay optical disks before completing the glass-disk based production version of the Lichttonorgel. The sounds of the Lichttonorgel consisted of photographically drawn ‘recordings’ of different models of famous organs of the day but in theory could play back any recording of any instrument. 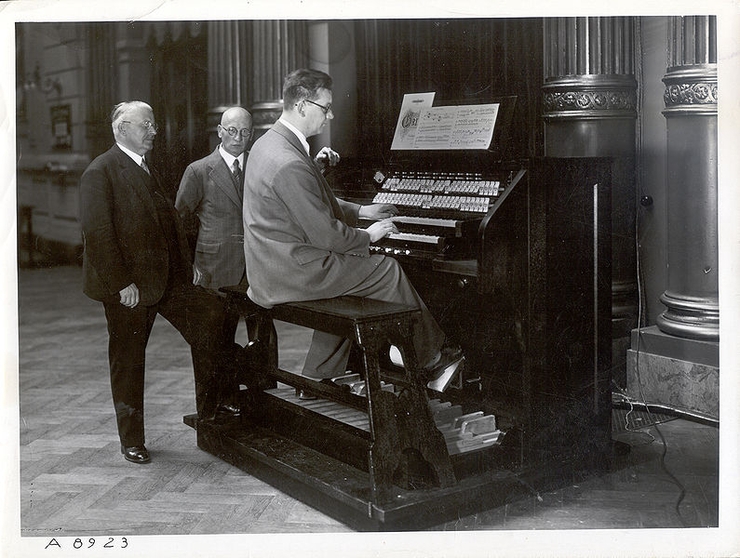 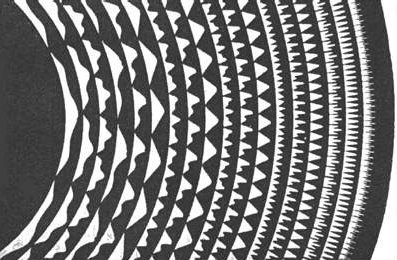 A detail of one of the the Light Tone Organ’s glass disks.

The instruments sound generation unit consisted of 12 glass disks which were printed with 18 different looped waveforms in concentric rings. The glass ‘tone wheel’ disks were rotated over a series of photoelectric cells, filtering a light beam that controlled the sound timbre and pitch. The resulting combinations of tones gave 3 different timbres for all the octave registers of each note on the keyboard. The German arm of the Welte-Mignon company in Frieburg was completely destroyed in 1944 by allied bombing and all of the companies closely kept secret designs were lost forever. 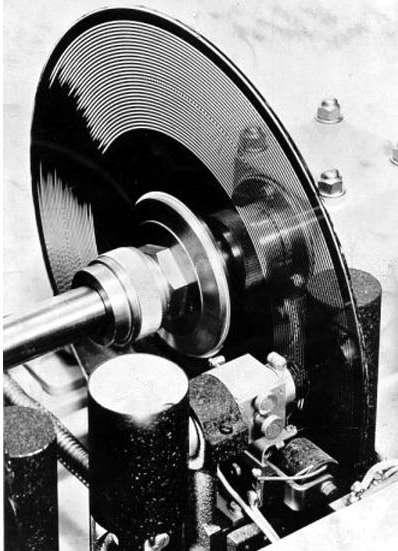 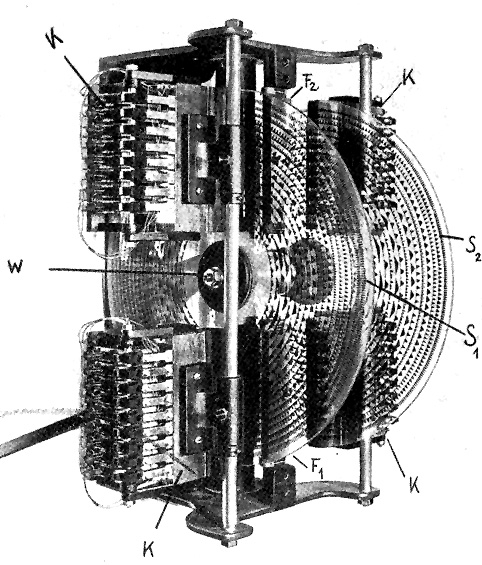